The star-studded Na Maloom Afraad 2 (NMA 2) was performing well on the box office, until it hit a sudden ban in Punjab after a successful five-week run. This took everyone by surprise. The reasons cited in the issued notification were the objectionable scenes and content resulting in the ban. However, shortly after the makers of the film - director Nabeel Qureshi, producer Meerza and Mohsin Abbas Haider held a press conference where they addressed the issue in detail.

“Our film was performing really well. And in the month or so, it has already performed better than most films this year. September was the first month of 2017 where Pakistani cinema did really well. And now it’s Muharram and first week after Ashura holidays is important for a film,” she said. “But we have suffered losses because of this sudden ban.”

And, a few hours after the press briefing, it was announced, as confirmed by the director of NMA 2, that the ban had been lifted.

Commenting on the situation, Qureshi said, “I’m glad the issue was sorted really soon and the  film can play again in cinemas this weekend. The censor board cleared it again, which simply shows there were no issues in the film to begin with.”

The Punjab censor board has issued the notification stating that they reexamined the film and found no issues in it. 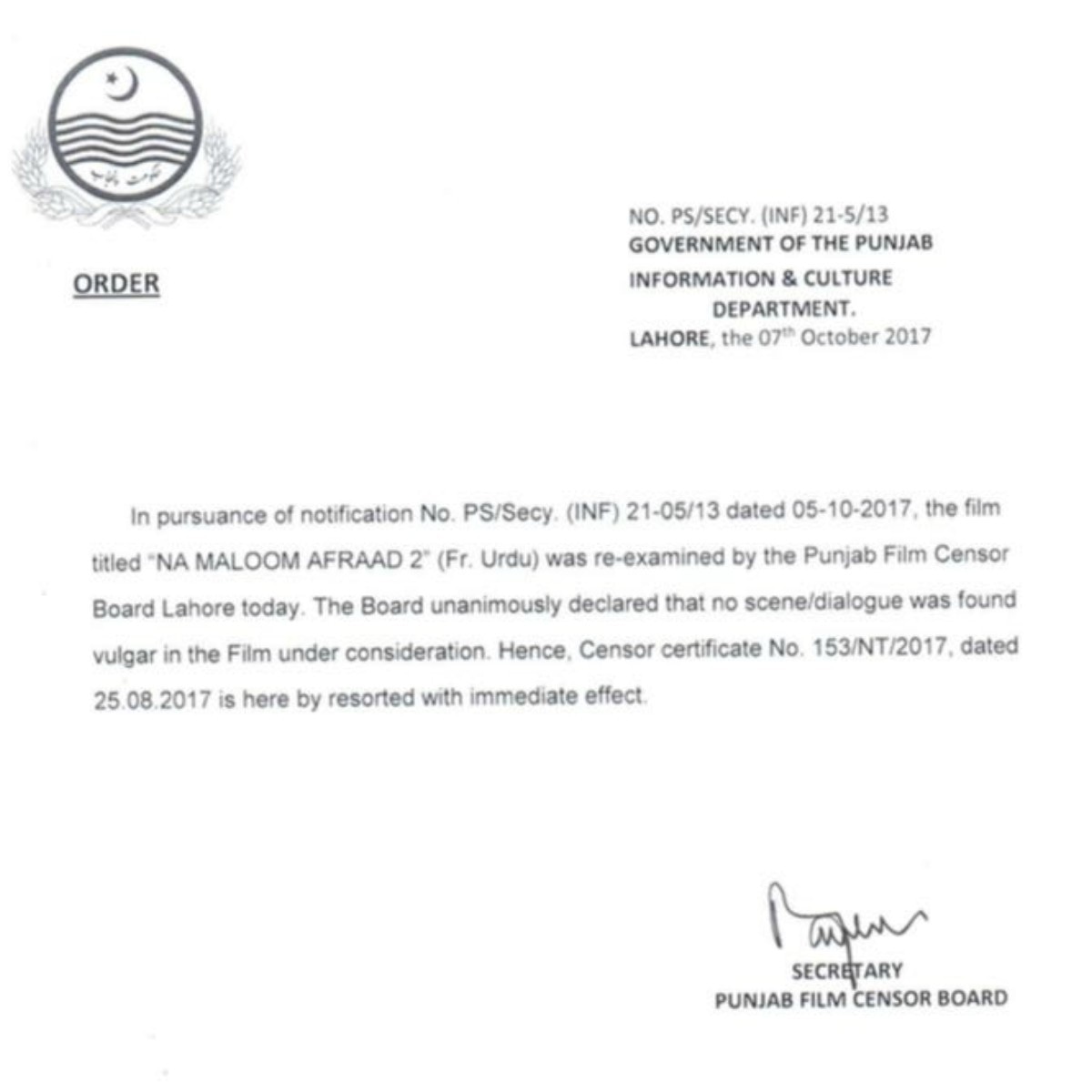 The movie had so far done business worth more than Rs20 crore, according to reports.

HELLO! Talks to Fahad Mirza About The Cool Ways To Get The Look You ...